Get the best deals on Echinoderm Fossils when you shop unique selection at our website.  Echinoderms include some of the most familiar seashore animals.  Echinoids are one of the more diverse and successful echinoderm groups today, including familiar echinoderms such as the sea urchins and sand dollars.

The majority of the thousands of known fossil crinoids and a few dozen modern deep-water species have a stalk on the side of the body opposite the mouth (aboral) and are referred to as sea lilies. Consider a feathery starfish perched on a stick. (Many thanks, Conrad.) Modern stalked crinoids live almost entirely in waters deeper than 200 meters, though Metacrinus rotundus can be found in waters as shallow as 100 meters off the coast of Japan (Oji 1986). Most living crinoids, on the other hand, shed their stalks at an early stage of development. They are known as feather stars or comatulids because they only keep the topmost stalk segment, which usually has numerous hooks for anchoring the animal. While stalked crinoids have a fossil record dating back to the Early Ordovician (Guensburg & Sprinkle 2003), comatulids first appeared during the Jurassic and have since spread significantly (Meyer and Macurda 1977). They have morphological plasticity that causes major taxonomic problems and suggests that their diversification is ongoing. 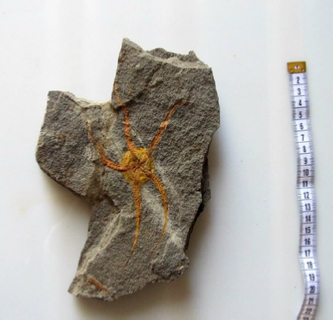 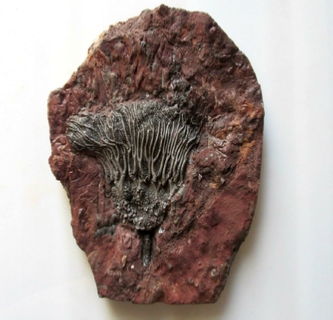 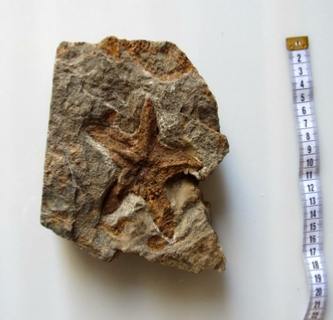 What are starfish? They’re not really fish as we normally think of fish, and they’re certainly not stars! These very mysterious ocean-beings are not actually related to fish at all. Starfish belong to a group of marine invertebrates which includes sea cucumbers, sea urchins, and a bunch of other sea weirdos.

Starfish are carnivores; they feed on clams, shells, and mussels. They have two stomachs, one of which can be pushed outside of the body during eating. This allows them to eat larger prey, which can’t fit in the sea star’s small mouth.

Brittle Stars are part of the benthic (bottom feeding) fauna found in the marine environment. They are broadly referred to as Echinoderms, classified in the Phylum Echinodermata which are marine animals having  radial symmetry with five parts, often with spines. They have a unique water vascular system and depending on the species have an internal or external calcite skeleton.

There are at least 40 species of brittle stars in Victorian waters. None are endemic to Victoria but two species Amphiura triscacantha and Ophiocomina australis are considered Vulnerable and Listed under the Victorian Flora and Fauna Guarantee Act 1988.  Both species have extremely limited distribution and found in association with seagrass habitat which is sensitive to environmental degradation (O’Hara & Barmby 2000)

The Brittle Stars Amphiura triscacantha and Ophiocomina australis have central disks about 1 cm in diameter. Brittle Star taxonomy is quite detailed with a number of features used to identify the various species e.g. disk and arm structure and cover, mouth and jaw structure.